Warning! Unfortunately your browser has disabled scripting. Please enable it in order to display this page.

How are RSM preparing for Audit Reform & what will future careers in Audit look like at RSM?

26.05.21
We have reached a watershed moment for the audit profession. Following the collapse of Carillion in 2018 the UK Government delivered a Parliamentary report that is now forcing an audit reform. Carillion isn’t the only example, following the collapse of Thomas Cook Group Plc in 2019 questions are being raised about the quality of UK Audits. Accountable Recruitment spoke to Graham Bond, Office Managing Partner for RSM in Chester and Liverpool to find out how RSM are preparing for Audit Reform and the importance of building trust.

Do you think audit reform is needed and will some of the reforms be addressed through technology?

“It may have gone under stakeholders’ radar but the active and meaningful reform of audit has actually been going on for a number of years, long before the Department for Business, Energy & Industrial Strategy (“BEIS”) White Paper on audit and governance reform was a twinkle in a Minister’s eye: work on Audit Quality, for example, is a constant R&D project in the major firms and incremental, but nevertheless substantial, improvements and developments are organic, regular and measurable.”

“Technology is already playing its part in the making of these incremental improvements and there’s no doubt that if, as the White Paper states, the scope of the audit product itself widens, then technology will be a significant assist to how the profession copes with the change.”

“Important though it is, technological advancement is always at its best when it supports the making of professional judgements, not as a substitute for them. There are ethical considerations about the use of technology in audit too, as over-reliance on machine-produced data would be unhelpful to the auditor’s duty to be objective.”

“The depth of resource devoted by RSM, as is true of other senior audit firms too, is really substantial and increasing all the time: off-the-shelf software, for instance, may be very capable but audit firms add a lot to its effectiveness by the modifications and adaptations they make to it.’

Considering the emphasis on quality, audits are by nature retrospective, do you think they should also be forward looking considering future prospects and risk? What else should be introduced as a measure of assurance?

“Auditors are not surrogate directors and should never be regarded as such, from which it follows that the opportunity to provide assurance on directors’ predictions depends on what they are required to by law and by regulation. Depending on the characteristics of the company (whether private or public, and its size), the expectations on directors that will crystallise because of the White Paper exercise will increase and those on auditors will similarly.”

“There are some very good ideas in the White Paper (the proposed Audit & Assurance Policy and Resilience Statement, for example) but they need to time to bed down and time to be integrated into whole new governance regime that the White Paper expects. The White Paper is quite ‘Green’ (naivety versus the more fully worked-up, truly ‘White’, Paper), a factor which most people acquainted with its terms, is coming to appreciate as the consultation period goes on – its major recommendations have potential but may be hard to implement, individually or collectively.”

Moving forward what factors should be considered in the creation of a new assurance system that doesn’t overburden SMEs?

“We have to be mindful that it wasn’t the SME sector that presented an existential threat to the market, so the Proportionality principle-in-action is really important. Most businesses want to, and do, conduct themselves perfectly responsibly and with great diligence because that is just good business practice and helps perpetuate a virtuous circle (i.e. good practice leads to good products/services which leads to even better practice).”

“Also, in the post Brexit and increasingly digital world, capital is very mobile. The UK already has an enviable reputation for high standards of governance/business practice and the recent, The UK Listings Review, Chaired by Lord Hill, made recommendations to make the UK capital markets an even more attractive place to list. We need the BEIS review and the Hill review, to be joined up, to ensure we do not inadvertently push companies to list elsewhere eg NASDAQ or Asia or Europe.”

“Also, we want businesses to aspire to grow, and to do it from a UK HQ; If they see that the price for that includes additional regulation once they cross the Public Interest Entity (“PIE”) threshold, it could be inhibiting to them – and more regulation does not actually stop bad practice in a badly run company (would any of the proposals really have prevented Wirecard or Enron?). We must ensure that the aspirational part of entrepreneurship is not impacted for that would not be great for the UK economy in the long term.”

“One way of helping to address the above challenges is to have, preferably mandatory, training for all PIE Board members (in much the same way as CPD for auditors), coaching our way through issues rather than presuming a lack of competence.”

“It is one of the ironies of new regulation that the express commitment to the principle of Proportionality that regulators often make tends to be overlooked when specifics are laid down. The same could be turn out to be true of the legislation and regulation that will follow the consultation on the White Paper.”

“There is, though, an awareness on the part of government that industry and commerce (of which the SME sector is such an important part) needs to have conditions to flourish and that overburdensome regulation would be counter-intuitive to government’s ‘Build Back Better’ initiative, a fact which the foreword to the White Paper itself makes clear.”

“One of the delicate balances that will have to be maintained so far as the SME population is concerned is which sorts and sizes of private limited companies find their way into ‘Public Interest Entity’ classification, as new PIE entities will be subject to a step-change in the level of governance obligations that they may find quite onerous – the indication that we in the profession are picking up in these early stages of the consultation is that the government prefers its ‘Option 2’ proposal – that a company with 500+ employees and a t/u of £500m+ will be classified a PIE.”

“Most commentators would say that the proposed introduction of exacting attestation around internal controls is probably the single-most significant provision of the whole White Paper exercise and whereas the proposals as currently expressed would apply only to PIEs, it follows (1) that the widening of the definition of that term would be a significant consideration for directors unused to how it works, and (2) ‘regulation-creep’ into other classifications and size of company might follow.”

“This is a major aspect of the overall White Paper and SME directors need to be attuned to how the debate develops – we know from intelligence received from the Quoted Companies Alliance (which represents the directors of the smaller listed company population) that there are deep-seated concerns on its members’ parts over the attractiveness of being listed and of serving on the Board.”

“We have other intelligence that suggests that:

Should more consideration be given to who the real clients are for an audit? A great deal of emphasis is currently placed onto the executive, board, and shareholders but what about their customers? If Audits are more forward looking and assessing risk will this not help build trust with customers and ultimately more business?

“It is interesting how audit expectations have changed over the years: the accepted legal position - that the auditor has a legal duty of care only to the company and its shareholders - is under pressure the more that auditors’ societal role comes under scrutiny. Investors’ interests count among these possible new classes of those with whom a relationship of trust-and-reliance may arise in future but there are sound public policy reasons why a legal duty needs to be circumscribed and not made general.”

“The legal duty of care is not the same as the worthwhile relationships of trust-and-reliance that auditors can build more widely, though: there is a real opportunity for more widespread reliance on the part of third parties, like the customers of companies, on auditors’ conclusions, a development which can only be good for business in the round.”

How will technology change the role of Audit professionals and how far away are these changes at RSM?

“It is always hard to predict how AI, blockchain, and data mining will affect the role of human in any given endeavour, but the exciting consequence of its use is the support it will provide to the formulation of opinion and the degree of reliance that can be placed on conclusions, both by auditors themselves and by third parties who have regard to those conclusions.”

“To give one example, technology should assist with the likelihood of detection of major fraud in a company: the White Paper, following the criticism of Sir Donald Brydon, particularly about the limitations of ISA 240, The Auditor’s Responsibilities to Fraud in an Audit of Financial Statements, is keen to extend the auditor’s detection duty and technology will be significant in reaching the new objective.”

Finally, what do you think are the key requirements of a modern audit function and why should people pursue a long-term career within this field?

“Audit tends to attract some of the most able accountants, and if anything, the auditing profession, particularly if it metamorphoses into the ‘Corporate Auditing Profession’ advocated by Sir Donald, will continue to need the highest-quality intrants.”

“The profession’s attractiveness is the intellectual rigour it demands, and its stature as a specialised career. Its attractiveness to intrants is curbed to a degree we should beware of, by the exacting regulatory and supervisory environment that auditors have to work in, so we need to make sure that we do not take current attractiveness for granted – there are very real professional dangers for Responsible Individuals and there is evidence that the stress that this causes is diluting the appeal of a professional auditing career.”

IN SUMMARY WHAT DID ACCOUNTABLE PRACTICE TAKE AWAY FROM THE INTERVIEW?

This article was produced by Accountable Recruitment in collaboration with RSM.

View Accountable Recruitment's latest news and thought leadership including our event round ups
17.02.21 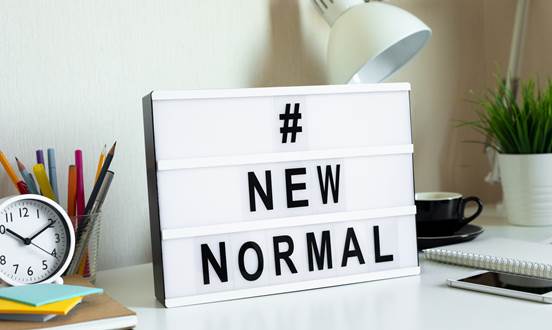 How has the pandemic changed working in accountancy practice?

We were keen to understand how working in an accountancy practice has evolved during 2020 and what changes will be permanent as we move forward into an ever-increasing digital world.
Continue Reading
26.05.21

How are RSM preparing for Audit Reform & what will future careers in Audit look like at RSM?

We have reached a watershed moment for the audit profession. Following the collapse of Carillion in 2018 the UK Government delivered a Parliamentary report that is now forcing an audit reform. Carillion isn’t the only example, following the collapse of Thomas Cook Group Plc in 2019 questions are being raised about the quality of UK Audits. Accountable Recruitment spoke to Graham Bond, Office Managing Partner for RSM in Chester and Liverpool to find out how RSM are preparing for Audit Reform and the importance of building trust.
Continue Reading

Click below to upload and send us your CV